From my visit in August 2O15 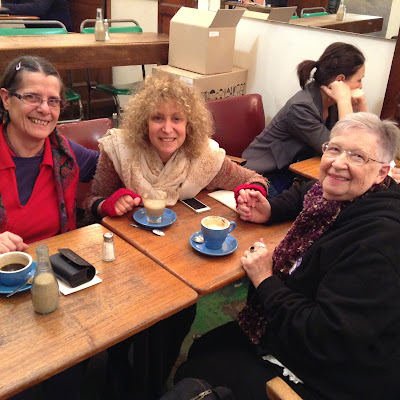 Meeting up with poets Jennie Fraine (left) and Leah Kaminsky (centre). We three have been friends and colleagues for decades.
Leah was about to launch her first novel, the much acclaimed The Waiting Room, set in Haifa, Israel. She took a long time perfecting it – which you may understand when I tell you  she was raising children and working as a General Practitioner at the same time. Jennie and I were privy to some early drafts and even precursors of this novel.
I don't live in Melbourne any more, and Leah had recently spent a lot of time out of Australia. We wanted a private get-together before the large public occasion of the launch. 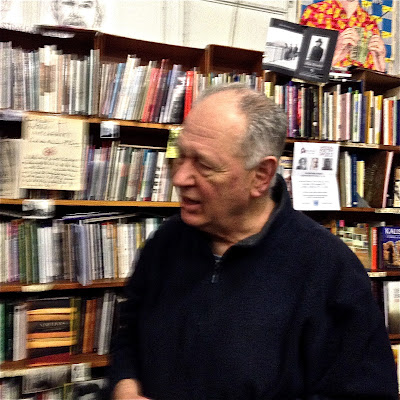 After coffee, Jennie and I visited Collected Works bookshop, and had a chat to proprietor Kris Hemensley, whom we've also known a long time. We found one copy of my Secret Leopard still on the shelves, and also Jennie's Sexy Guys Kissing, her poems for teenage girls. (Hurry, buyers!) 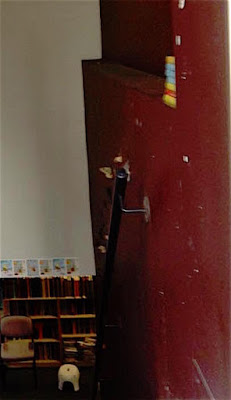 Another day I paid a visit to City Basement Books for some good second-hand volumes. 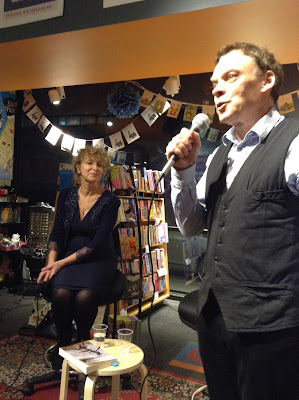 This photo was taken a few nights later, at Leah's book launch. Here is Leah trying not to blush during a delightful speech by Graeme Simsion, author of The Rosie Project and The Rosie Effect. He said he read The Kite Runner at much the same time as Leah's book, and was interested to note that the scenes and characters of The Waiting Room stayed with him far more vividly afterwards. 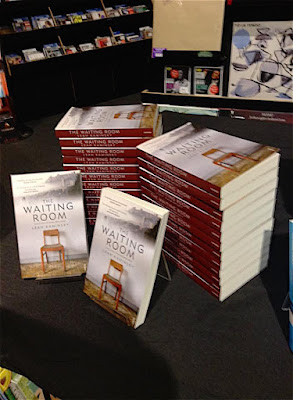 The book itself, which very soon sold out. 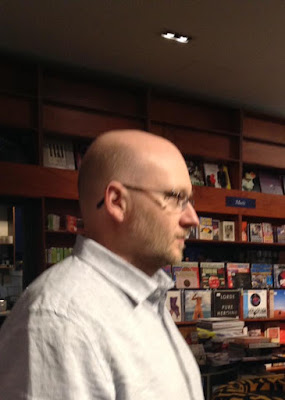 The launch was at Readings book shop, St Kilda. My son David was my escort. 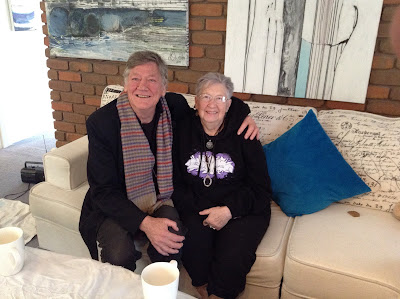 And while I was in town I finally caught up with old crony, poet Ken Smeaton, one of my colleagues long ago in the poetry theatre group Word of Mouth. Nowadays he makes videos recording poetry performances in Melbourne, as well as continuing to write and publish his own work. We reunioned at the home of our mutual friend, poet and artist Linda Stevenson.
Posted by Rosemary Nissen-Wade at 4:57 pm No comments:

Moonlight Musings on Style and Influences

Over at Poets United this week, in my occasional series, Moonlight Musings, I'm musing on style, and where we may seek our influences so as to expand our range. 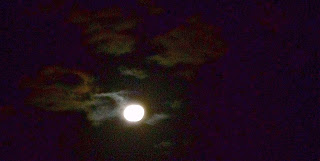 Posted by Rosemary Nissen-Wade at 10:45 pm No comments:

What woud you give up for the sake of your poetry?

I have written poetry since early childhood; it feels almost as natural and necessary to me as breathing. Indeed, not to do it would be a kind of death. So the question of sacrifice simply doesn't come into it. Poetry is what I can't not do, and also I have a life which happens against that backdrop or within that context.
Posted by Rosemary Nissen-Wade at 11:31 pm No comments: