Just not necessarily a Computer Geek. 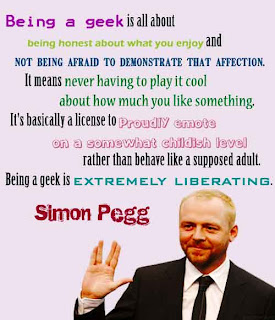 What are the Joys of Retirement?


I have retired various times from various jobs:

I started out as a librarian, semi-retired when raising young children, took it up again, then finally gave it away when they upgraded the requisite qualification my existing degree no longer tipped the balance in my favour, and I got mixed up and did the advanced second-year version of the subject I needed instead of the basic. They wouldn't credit me for an exam I didn't sit, even though I passed the advanced with flying colours. Stuff 'em, I thought. Be a full-time writer, I told myself. Give it a go.

Of course, being a full-time poet is not exactly lucrative. I ended up supplementing that meagre income (in the days when literary magazines actually paid cash instead of just complimentary copies — if you're lucky — of the issue you're in) with paid book reviews, paid poetry readings, editing jobs, running workshops, teaching the poetry component of college professional writing courses, paid attendance at conferences as a panellist, reader and workshop leader, and setting up as an independent publisher.

After a few years I became jaded with the whole poetry scene where I lived. There were wonderful times and brilliant, generous people; there were also feuds, egos and banality. A move to the country gave me an excuse to opt out. Then one TAFE College (adult education) not too far from the new home lured me back and turned out to be one of my most enjoyable jobs ever, thanks to a great boss who gave me pretty free rein. But my long second marriage finally broke up, I moved back to the city and finished my training to qualify as a Reiki Master. Meanwhile I'd also been reading Tarot professionally. I looked to Reiki and Tarot for my income, before during and after my marriage to Andrew. When we moved to the sub-tropics, where we've been for nearly 20 tears now, an astrologer told me to work the Sunday markets. I did. He was right. Andrew and I shared a stall; he did Reiki treatments and head massage; I did psychic readings with Tarot and, by then, crystal ball. We loved the atmosphere of the markets and the people we met, and we earned enough to save our bacon many times.

I tried the psychic telephone lines for a few years, too, working the graveyard shift from midnight till 4am. I learned a lot, and had some good interactions with people, but the hours took their toll and in any case I much prefer face-to-face readings. On the phone lines, clients were assigned to readers by a central computer which automatically chose the next reader available from those logged on at the time. In the markets, I felt people were drawn to my aura. (Also I didn't get drunks mistaking my service for a sex line!) My former employers on the phone lines sometimes invite me back, but it's just not tempting enough.

After he turned 80, Andrew decided he'd rather stay in bed on a Sunday morning than get up incredibly early and go to market. By then we were only doing three markets close to home; I found I could handle them on my own. Three years later we moved house again, and missed a few markets due to the move. When it came time to resume, I realised, 'I don't want to do that any more.' It was wonderful for nearly two decades, but now I too like to lie in way past four on a Sunday morning, and not have to load the car and lug the stall around.

But do we ever really retire from labours of love?

Does the Universe let us 'rust unburnished, not to shine in use?' [Tennyson: Ulysses.] People still track me down for readings — old clients, or people to whom I've been recommended by old clients. Individuals who want to learn Reiki still find me, now and then. I have been facilitating a writers' workshop at a Neighbourhood Centre, in a voluntary capacity, for nearly six years. (My secret agenda: it nourishes me too.) And although I choose, for the most part, not to submit to magazines anymore, nor to sell my poems, I do post them in blogs and participate in various online poetry groups. The business name (Life Magic) is currently listed as 'not trading'. But it's not irrevocably discontinued. We think we might want to publish more of our own books under that imprint at some stage. (Andrew used it for the second, slightly revised edition of his fairy story, Jorell, a few years ago.)

The joys of retirement? On second thoughts, I wouldn't know. I am experiencing the joys of semi-retirement and working from home. Good enough!
Posted by Rosemary Nissen-Wade at 7:25 am 2 comments: