Humble Leaders: Stories of Courage, Strength and Perseverance by Erik Bigalk
My rating: 5 of 5 stars

I’m no business woman, largely because I’ve never wanted to be. Yet I find this book – of successful business women who have self-empowered – utterly enthralling. They tell their own stories, and tell them well. It reads like a series of adventure stories. 'Courage, Strength and Perseverance' most definitely apply!

Their journeys are not without struggle and trauma, and often began in very unpromising circumstances. Even weirdos like me, who measure success by other criteria, can find inspiration here – because these women began by recognising and then following their passions, whatever those individual passions might be: hairdressing, aviation, caring for carers, or a whole range of other ventures. And it becomes apparent that we are not so different – ultimately these women see success by their own criteria too, as achieving what they set out to do.

It’s necessary that their ventures make money in order to keep going, but it becomes increasingly clear that on a deeper level they are, in fact, not only about fulfilling oneself but also ways of looking after other people.
All in all, it’s an exciting read!
Full disclosure: I read it because it's the brain-child of my friend Erik Bigalk, who is also its editor. I'm happy to say this book reveals him to be an excellent editor, as well as someone who dreams up great ideas. I didn't have to review it, though.  After reading it, I wanted to.

Anh and Lucien by Tony Page 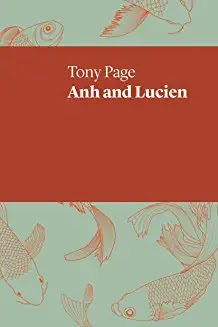 Beautiful, fascinating, unique ... these are all words that occurred to me when I first heard about this book, and I reaffirm them now that I've read it. It more than lived up to my expectations.

Tony's an old friend. When I was last in Melbourne a few years ago (pre-COVID) we met for lunch, and he told me his ideas for this book. I loved the sound of those ideas, so I was excited to find out it has been published. In fact I lost track of time, and only thought to enquire this year – to discover that UWAP (University of Western Australia Publishing) produced it as a paperback in July 2020.

I don't think I can describe it any better than the two distinguished poets who wrote the cover blurb so I'll just quote them:

'Anh and Lucien is a compelling celebration of male desire and intimacy - and also a gripping clash of cultures and ideologies. Danger and death pervade Tony Page's sensuous and sensitive evocation of a risky love affair in an alluring, unsettled place and time, Indochina 1940. Intrigue and art, passion and espionage interweave to drive and doom the relationship between Anh, a young revolutionary, and Lucien, a disaffected French bureaucrat. Page skilfully deploys alternating dramatic monologues to increase the tension as loyalty and betrayal merge towards Lucien's final sacrifice.' -- Jan Owen

'The story of desire between two men is told with exquisite beauty and restraint using prose poems, epistolary poems, found poems and documentary poems to build from suspense a tragedy that is also a victory for humanity over small-mindedness and oppression.' -- Jennifer Harrison

Having been involved in the anti-Vietnam War protests of the late sixties, I thought I knew a bit about Vietnamese history. Now I understand rather more. Tony has obviously done his research, and presents this background in a way that involves the real lives of everyday people.

It might be hard to get hold of by now (it's a shame that UWAP didn't run to an ebook version) but try eBay; it's listed there.

Posted by Rosemary Nissen-Wade at 6:14 pm No comments:
Email ThisBlogThis!Share to TwitterShare to FacebookShare to Pinterest
Labels: Anh and Lucien, Tony Page, Vietnam

Poems of Earth and Spirit: 70 Poems and 40 Practices to Deepen Your Connection With Nature by Kai Siedenburg
My rating: 1 of 5 stars

What a huge disappointment!

The title makes this book sound wonderful for those who love poetry, nature, and meditative practices. The well-written introduction, detailing the way the author arrived at creating and sharing these poems, is equally enticing.

Unfortunately, the poems are pathetic! They are homilies in chopped-up-prose, and banal at that. Giving this book one star (for the introduction) comes close to over-rating it.

I hastened to remove this book from my Kindle and nearly deleted it without reviewing. But maybe potential readers should be warned.

View all my reviews
Posted by Rosemary Nissen-Wade at 10:52 am 1 comment:
Email ThisBlogThis!Share to TwitterShare to FacebookShare to Pinterest
Labels: BOOK REVIEWS, Kai Siedenburg, Poems of Earth and Spirit
Older Posts Home
Subscribe to: Posts (Atom) 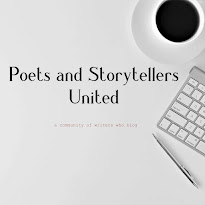