After Selene – No Regrets

I wrote about my cat companion Selene's passing in poetry, see this link, and in prose on facebook [which I later cross-posted here, see previous post]. So it may not be news to you. Now I'm left with the aftermath – the grieving, the readjusting, new beginnings and explorations, reflections, realisations ... not in nice, neat, linear order, but all jumbled up with each other.  Though I can only write of them one at a time, I expect it will be a disordered, piecemeal kind of a narrative. But perhaps I'm only writing it for me, anyway. I want a record. I don't know if I'll want it later, but I do now. So here is the first bit.

After she had gone, and the vet had taken her body away (I am not sentimental about vacated bodies, and didn't want a shrine in the back yard) I eventually thought to pull a card for some commentary or advice from Spirit. But which deck? My beautiful Voyager Tarot, which is very deep and spiritual, which I use for professional readings? My new Everyday Witch Tarot which is sweet and friendly and full of cats? But no, I was drawn to my (also new) Rebel oracle deck. As always, it gave me excellent advice: 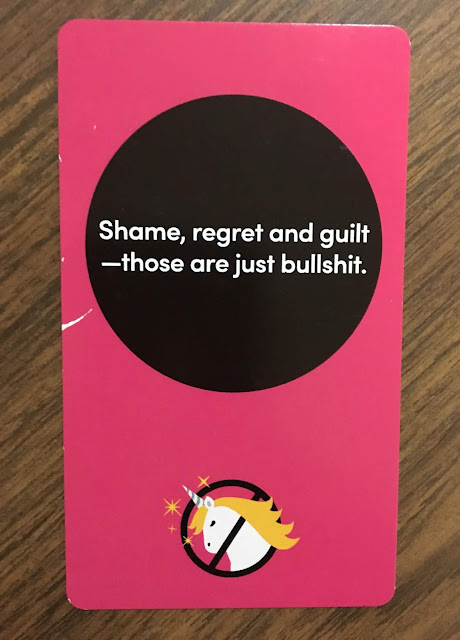 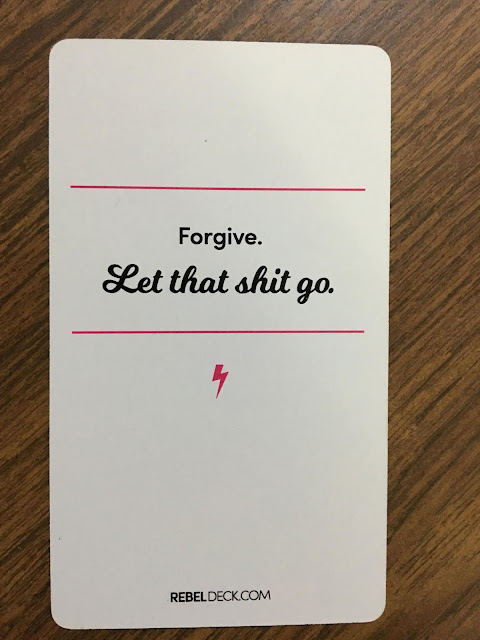 I think that's pertinent advice for anyone who has lost someone close. Irrational as it may be, one does start thinking, 'If only I'd done this – or not done that.' It's probably natural and human to do so, but it's a useless enterprise.  We're likely sweating about tiny things, and in any case we can never know what difference they would have made, if any.

The night before Andrew ended up in hospital and never came home, we had a small glass of white wine with our dinner. The way he looked at the glass afterwards, I knew he'd have liked another. But he didn't ask and I didn't offer. We both had in mind the doctor's warning that he must be very sparing with alcohol, as it could exacerbate his condition. Afterwards I often thought, 'Why didn't I let him enjoy one last glass? It wouldn't have made any difference anyway.' But at the time neither of us knew that, and we didn't know he would never drink another. I feel sure he forgot all about it very quickly; and it wasn't as if he was deprived of something to which he was passionately devoted, merely of a passing moment of mild self-indulgence. I might as well have reminded myself of all the kind and caring things I did for him. But no – we love to torture ourselves with petty guilts.

Similarly, I began thinking about the way Selene had sniffed the scent of my ham and my smoked trout, a few days before she went. She was on a strict, medicated diet and could not have anything else. Usually I didn't bring home food she wasn't allowed, but friends had left these in my house, and I wasn't going to waste them, so I ate them in front of her (hurriedly!) and told her sternly she could not have any. Too late I thought that, when I knew her time was up, I could have given her a taste then. What difference could it have made, by then? And it might have given her pleasure. But it didn't even occur to me until afterwards.

The truth is, I don't know what would have happened. She might have vomited it up, as she did her last meal. She might have sniffed it and walked away, as she did her other food those last two days. I don't think she was dwelling on it past the moment! And for sure, once she was dead, she no longer needed physical pleasures anyway. But there I was, torturing myself. The card is right – I should forgive myself instead.

Yes, well said, Rebel Deck! Now, when those little 'what if?' thoughts niggle at me, I tell myself firmly, 'Let that shit go!' And I do. (Repeatedly. But it gets easier and lasts longer.)
Posted by Rosemary Nissen-Wade at 6:53 pm 1 comment: 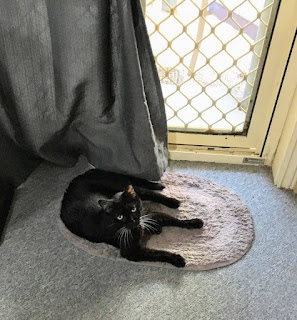 The most beautiful and also most intelligent and intuitive cat is no longer in the world, though she was when I posted her picture as my profile photo this morning, shortly after taking it. Despite having numerous illnesses, not all of which could even be treated, she kept outwardly very well until recently. A routine check-up and tests a few weeks ago showed her to be doing well at that point, all things considered. However, since Friday she stopped eating, rested a lot, became thin and seemed to be weak although she could still jump on the bed. She slept on top of me most of last night, and was sweet and affectionate to the last. I believe she knew and was OK with it; we did a fair bit of telepathising. 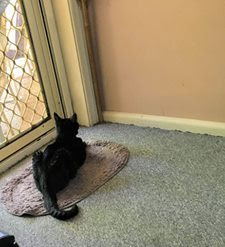 By this morning she obviously couldn't get comfortable, shifting position a lot. I knew yesterday that I would be phoning the vet first thing this morning, and luckily they were able to come here early this afternoon. 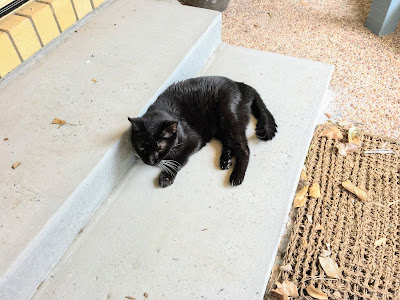 Selene and I sat outside in 'her' back yard for part of the morning, which she always enjoyed, and the sun even came out for us a while. But the concrete step seemed hard on her skin-and-bones (I know she doesn't look thin in the photos, but she was) so I brought her inside to the mat just inside the back door where she could still look out. When the time came, she slipped away quickly and peacefully. The vet said, 'Yes, she was ready'.
I'm a mess of course, and don't want to talk about it any more at this point, or about anything at all really, but still very thankful for all that this beautiful being gave me and taught me. 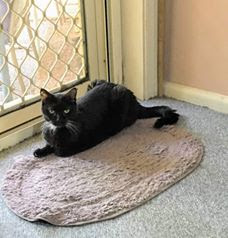 Posted by Rosemary Nissen-Wade at 11:21 pm No comments: