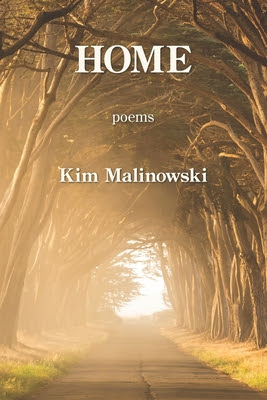 The ‘About the Author’ statement says,

Her work is disparate—ranging from writing about war and atrocities to the fairy world and pagan studies. She writes because the alternative is unthinkable.

That was enough to hook me! (I’m a poet and a Pagan myself, with an eclectic range of topics, and making poems is the thing I can’t not do.)

It’s a substantial book – 84 pages – and not one that can be raced through and absorbed all at  once. That doesn’t mean the writing is inaccessible. On the contrary, I found it enthralling. But the poems tend to move in a leisurely way and to be full of detail; they demand lingering over, and it’s a pleasure to do so. They don’t always give all the answers (who? when? why?) and many have a haunting quality; yet they satisfy.

After a while, after simply enjoying the pictures she paints and stories she tells, I noticed that it’s very accomplished poetry. It’s beautiful poetry, in very sure language which seems effortless. I look for one to quote, to show you, and it’s hard to pick one. Any one would be a good example. Well, I’ll go for a shortish one.

over the neatly trimmed grass, saving a clump of buttercups near the stone.
There are mimosas to toast our anniversary.

I am eating a rhubarb jelly sandwich, wearing a peach-colored day dress.
The cedar stands beside us,
its branches protecting, blossoms faded. A couple sits near,

placing irises by dirt.
I see your face
gasping at the foot of your bed.
The wind ruffles the cedar,
the blanket,
your limp hair would blow in the breeze, my palm touches the grass and buttercups. I would like to uproot you,
my shadow obscuring your name,
and then you wouldn’t be dead.

They are often like that – great emotion released slowly, so that the punch it packs isn’t a punch so much as a revelation.

There are some wonderful references to her grandmother, and various descriptions of the environment which seem as if they must be drawing in her roots.

But the subject matters varied, and the home of her title, which in the title poem certainly seems to refer to the home of her family, her ancestors, might also be in art, in story, in Pagan ceremonies, in the memory of loved ones who have passed on (her grandmother, a friend…). In one poem (Falling) it is clearly stated as being with someone she loves. I like to think it’s all of the above.

The book finishes with a 16-poem sequence of poems to a lover or spouse who died, and about the journey of dealing with that. It might be fictional, but the authenticity in the details means it reads as autobiography. I relate to these poems most intensely, having been widowed some years ago. I find them deep, beautiful, moving, and strangely satisfying –perhaps because they culminate in a final coming to terms which I’ve also experienced.

Altogether a rewarding book, a keeper, one to go back to again later, and again, for the sheer enjoyment of poetry excellently written and with much to say.

Posted by Rosemary Nissen-Wade at 12:45 am